Lochard Inc. was started by Wilson I. Lochard in 1945 as Lochard Heating and Air Conditioning Co. After World War II, WIlson Lochard and his employees, Urban Bensman and Richard Valentine installed the first complete home heating and air conditioning system in Sidney, in a home on Bon Air Drive.

In 1950, the business was moved from the Lochard family farm on South 25A to 115 E. North Street. With the increase in available floor space, General Electric appliances were added to the line of products sold. More retail items were eventually added over the years.

In 1963, Mr Lochard purchased the old laundry building located at 909 Wapakoneta Ave, next to Harmon playground. The Heating and Air Conditioning department was moved to this location, where the sheet metal duct work was fabricated.

In 1964, Donald W. Lochard moved back to Sidney and started to work with his father on the retail service side of the business.

The company has continued to expand the fabrication department, with nine expansions, and in 1970 the business name was changed to Lochard, Inc. due to the variety of retail and contracting business.

Wilson Lochard moved from the president’s position in 1980 to Chairman of the Board, making Donald Lochard president.

In 1981, Wilson Lochard purchased the Stop N’ Go building located at 903 Wapakoneta Avenue which allowed him to connect the warehouse facilities and move the retail store operations from downtown Sidney to this location. The following November, Lochard Inc. became a member of the Do-It-Best Corporation and added a hardware line to the retail operations.

In 1986 Wilson Lochard’s grandson, Michael W. Lochard, began working in the heating and air conditioning contracting division for the third generation and in 1997 was named Vice President.

New technologies have been added to the operations of the sheet metal fabrication, including a laser, cnc press breaks, plasma cutting equipment and a paint room.

Throughout the years, Lochard Inc. has continued to stress quality to our many customers. 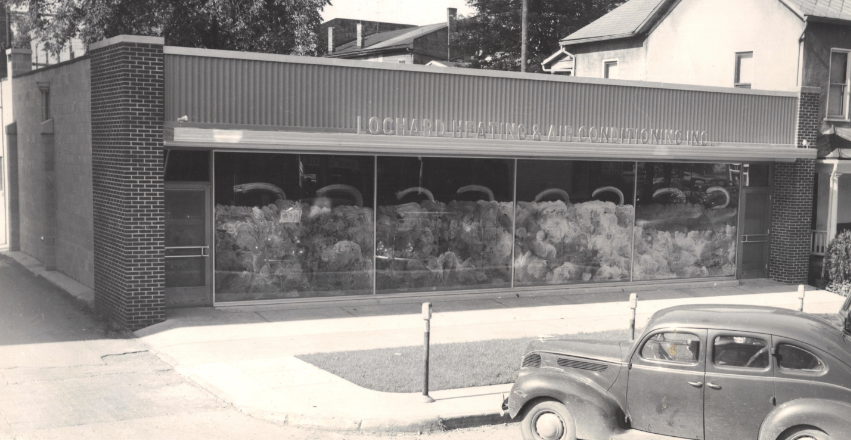 use our form to request more info